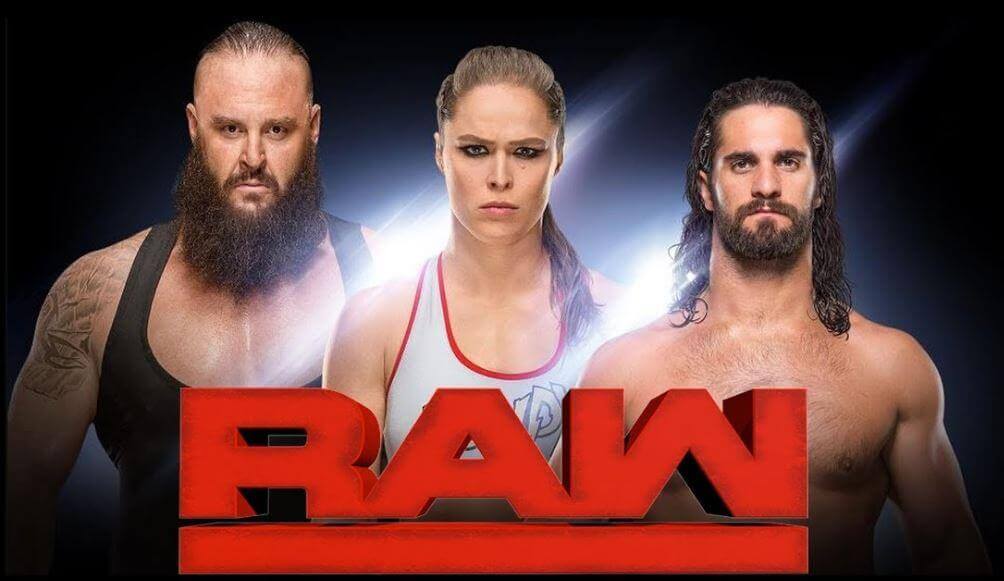 Braun Strowman dealt SmackDown LIVE its fourth loss of the night, but rather than applaud The Monster Among Men, Acting Raw General Manager Baron Corbin instead attacked the behemoth from behind, celebrating with Bobby Lashley, Lio Rush and Drew McIntyre and having a good laugh at Strowman’s expense.

After defeating United States Champion Shinsuke Nakamura in a Champion vs. Champion Match last night, Seth Rollins learned that he would be defending his Intercontinental Title against former Shield-brother Dean Ambrose in four weeks at WWE TLC: Tables, Ladders & Chairs.

As Sasha Banks was about to put away Asuka to win the Women’s 5-on-5 Traditional Survivor Series Elimination Match, Nia Jax knocked The Boss off the top rope and left her vulnerable to the Asuka Lock. Then, The Irresistible Force — who broke SmackDown Women’s Champion Becky Lynch’s face just days prior — incapacitated The Empress of Tomorrow with a series of leg drops and before sealing the win for Raw with a thunderous Samoan Drop.

With Nia Jax eyeing her Raw Women’s Title, Ronda Rousey must also contend with serious injuries sustained at the hands of Charlotte Flair. The Queen snapped during their Champion vs. Champion Match last night and pummeled The Rowdy One with Kendo stick strikes, a Natural Selection onto a steel chair and, after wrapping said steel chair around Rousey’s throat, a stomp that drove part of the chair into the Raw Women’s Champion’s trachea.
What will be the fallout from this heinous attack?

WWE Raw 11/26/18 November 26 2018 Preview: Rollins to issue an Intercontinental Championship Open Challenge. Rollins will look to "refocus" on his upcoming pay-per-view showdown by testing himself with an Intercont...