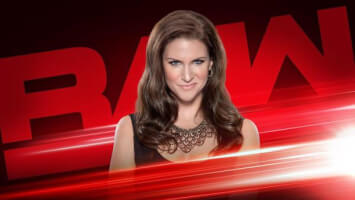 WWE Raw 11/12/18 November 12 2018 Preview: Stephanie McMahon returns to address WWE World Cup controversy. Shane McMahon’s snap decision to replace the injured Miz in the WWE World Cup Finals arguably put Raw’s Dolph Ziggler — and the red brand itself — at a disadvantage. How will Raw Commissioner Stephanie McMahon deal with her brother’s actions when she makes her Team Red return, less than one week before Survivor Series?

It will be more than mere sibling rivalry when Raw and SmackDown go head-to-head for brand supremacy at Survivor Series, but first, Raw Commissioner Stephanie McMahon has unfinished business with her brother and rival commissioner, Shane.
The WWE Universe has had a lot to say about Shane’s win, but we’ve yet to hear from his sister. That all changes on Raw, when the red brand commissioner returns to address the WWE World Cup controversy.

Brock Lesnar conquered the nigh unbeatable Braun Strowman to capture the vacant Universal Championship, and he now prepares to battle WWE Champion AJ Styles in a Champion vs. Champion Match at Survivor Series.
The Beast Incarnate defeated The Phenomenal One when they squared off at last year’s Survivor Series, but countering the speed and agility of the SmackDown LIVE sensation was no easy task. Before that anticipated rematch, The Anomaly comes to Raw, and he’s bringing his newly won title with him.

Baron Corbin was just as responsible as Brock Lesnar for keeping Braun Strowman away from the Universal Championship earlier this month, and The Monster Among Men will never forget that.
Can Corbin keep doing his job — and appease the returning Stephanie McMahon — while avoiding Strowman?

As such, Acting Raw General Manager Baron Corbin retains his captainship, and McIntyre, Dolph Ziggler and Braun Strowman remain the only Team Red Superstars named to the team.
Two coveted spots remain. Who will be chosen to join the fight against the stacked SmackDown LIVE team of Daniel Bryan, The Miz, Shane McMahon, Samoa Joe and Rey Mysterio?

WWE Raw 11/26/18 November 26 2018 Preview: Rollins to issue an Intercontinental Championship Open Challenge. Rollins will look to "refocus" on his upcoming pay-per-view showdown by testing himself with an Intercont...