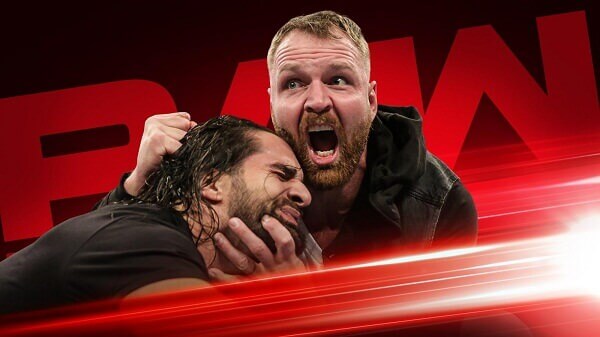 We Are Trying Our Best As Possible For You if You like please share and support us thank you for your time.
WWE Raw 11/26/18 Nov. 26, 2018: Feel Free To Jump To Any Section That Interests You:

* Rollins to issue an Intercontinental Championship Open Challenge on Raw
* Braun Strowman out of action; Corbin to battle Bálor on Raw
* “The Facebreaker” awaits The Baddest Woman on the Planet
* Roode & Gable get their Raw Tag Team Title opportunity vs. AOP
* Elias walks into a showdown with “The All Mighty”

Rollins to issue an Intercontinental Championship Open Challenge on Raw

Dean Ambrose has clearly taken up residence in the mind of Intercontinental Champion Seth Rollins. Incensed and ready for a fight, The Kingslayer pursued The Lunatic Fringe all around the STAPLES Center this past Monday, finally getting his hands on his former Shield brother at the end of the night in the middle of the ring.

Braun Strowman out of action; Corbin to battle Bálor on Raw

At the hands of Bobby Lashley, Drew McIntyre and Baron Corbin, Braun Strowman sustained a shattered right elbow this past Monday night, moments after he was granted a Tables, Ladders & Chairs Match against Corbin at WWE TLC that, if he were to win, would grant him a Universal Championship opportunity against Brock Lesnar at the Royal Rumble event.

“The Facebreaker” awaits The Baddest Woman on the Planet

After Ronda Rousey defended the Raw Women’s Championship against Mickie James in an unscheduled title bout this past Monday night on Raw, Nia Jax, with Tamina at her back, greeted The Rowdy One on the entrance ramp. The smiling Irresistible Force held up her right fist — the very fist that broke the face of SmackDown Women’s Champion Becky Lynch — as a stirring reminder that the same fate could befall The Baddest Woman on the Planet when they clash for the Raw Women’s Title at WWE TLC.

After humiliating Drake Maverick in the catering area for his embarrassing (and pants-ruining) accident at Survivor Series, Bobby Roode & Chad Gable scored what many would consider an upset victory over Raw Tag Team Champions AOP this past Monday night, bringing the Glorious pair even closer to Team Red’s tandem titles.

Elias walks into a showdown with “The All Mighty”

Two weeks ago on Raw, Elias cracked jokes at Lio Rush’s expense, and paid the price when Rush ensured “The All Mighty” Bobby Lashley’s count-out victory and a spot on the Raw Men’s Survivor Series Team.

Mahal was as dominant as could be against No Way Jose, even securing the match-ending Khallas without the assistance of The Singh Brothers at ringside.

The former NXT Women’s Champion defeated Alicia Fox with a breathtaking Eclipse in a preview of tomorrow’s match, much to the delight of Hawkins, who now has some genuine hope to add a long-awaited notch to the win column.

During the title match, Maverick slyly stole Roode’s robe and waltzed into a backstage bathroom, where he draped the garment over a toilet and loudly relieved himself all over $10,000-plus threads.

It’s a bold statement, but despite Rousey’s Raw Women’s Title victory, the two Superstars have undergone respective reversals of fortune. Though still undefeated, Rousey has been mauled by Charlotte Flair and Becky Lynch, and Jax is a resurgent Superstar with a title match at WWE TLC in her future and a face-breaking fist in her arsenal.

The Revival’s never-ending Lucha House nightmare continues, as Dash & Dawson’s rematch with The Lucha House Party was once again contested under the “Lucha House Rules” that allow Kalisto, Gran Metalik and Lince Dorado to all compete legally in the contest.

“All Mighty” or not, even Bobby Lashley needs a hand sometimes. Faced with a gritty challenge from Elias, Lashley found himself bailed out by “General Manager-Elect” Baron Corbin when The Lone Wolf turned the match into a No Disqualification bout after Elias connected with a top-rope elbow drop and Lio Rush broke up a surefire three-count by yanking the ref out of the ring.

MILWAUKEE — Baron Corbin technically isn’t yet the permanent General Manager of Raw, but he’s feeling pretty good about his odds. With Braun Strowman laid up in the hospital and facing elbow surgery, The Lone Wolf dubbed himself the “General Manager-Elect,” all but declaring himself the pre-emptive winner of their high-stakes TLC Match that wages Strowman’s Universal Title opportunity against Corbin’s job status — he gets the permanent job if he wins, and loses all authority if he loses.