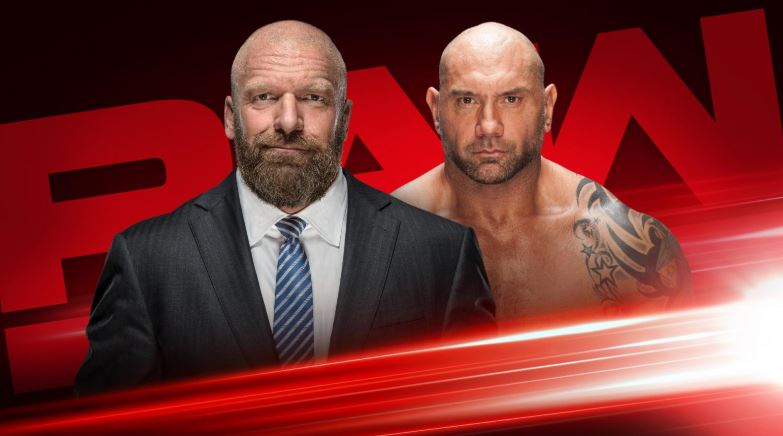 Tonight on Raw, Triple H will stand face-to-face with Batista, two weeks after The Animal made a shocking return to attack WWE Hall of Famer Ric Flair to get The Game’s attention.

For months, the intensity surrounding the Raw Women’s Championship has been bringing non-stop chaos to Raw. Last night at WWE Fastlane, interference from Ronda Rousey gave Becky Lynch a victory by disqualification over Charlotte Flair, which allowed The Man to join the Raw Women’s Title Match at WrestleMania against The Baddest Women on the Planet and The Queen. Will this result in more bedlam between the three Superstars en route to The Showcase of The Immortals?

Roman Reigns, Seth Rollins and Dean Ambrose triumphed over Baron Corbin, Drew McIntyre and Bobby Lashley in The Shield’s last ride at WWE Fastlane. It’s been said that when a door closes, another opens. What will that look like?