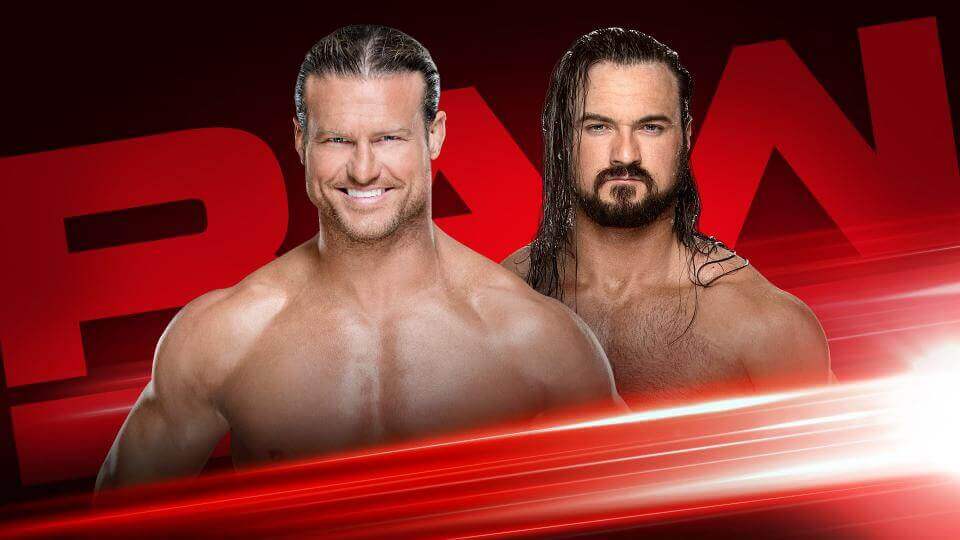 Preview : Raw rings in the New Year as Dolph Ziggler and Drew McIntyre battle it out in a Steel Cage Match. What else does the McMahon family have in store for the final Raw of 2018?

**Wishing To You A Happy New Year 2019 From Wrestling Network.**

Although Drew McIntyre and Dolph Ziggler took Raw by storm in the latter half of 2018, the former Raw Tag Team Champions have been butting heads as of late. After clashing in a Triple Threat Match that also involved mutual nemesis Finn Bálor — a bout won by WWE’s first Universal Champion, by the way — The Scottish Psychopath took his frustrations out on The Showoff, but Ziggler was able to escape a mauling with a well-timed Zig Zag.WWE RAW 12/31/18.

Despite pushing each other to the limit in last Monday night’s Raw Women’s Championship Match, defending titleholder Ronda Rousey and Natalya are closer than ever. And, even though The Queen of Harts failed to unseat The Baddest Woman on the Planet, Natalya is looking to close out 2018 on a high note.

With the McMahon family’s announcement that there will be no automatic rematch once a Superstar loses their championship, Seth Rollins’ path back to new Intercontinental Champion Dean Ambrose is a bit more complicated than it was just a few weeks ago. After defeating Baron Corbin in last Monday’s main event, The Kingslayer is no doubt eyeing Team Red’s workhorse title, which he lost to his former brother-in-arms at WWE TLC.