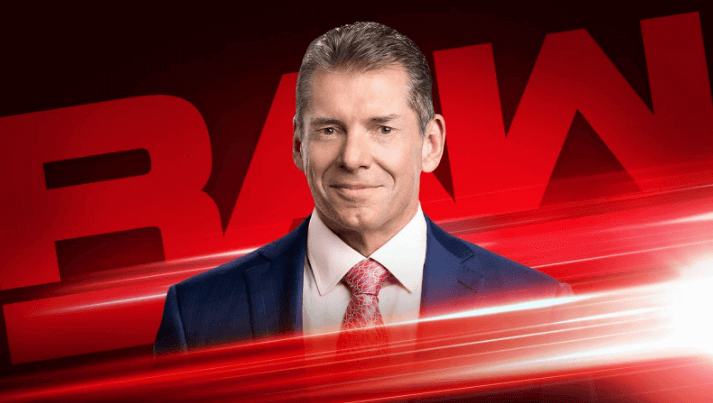 WWE Raw 12/17/18: Mr. McMahon returns to Raw tonight to shake things up on December 17, 2018 at GOLDEN 1 CENTER SACRAMENTO, CA.
** Note:Please Share With Your Friends Also On Social Media Thank You So Much For Your Love & Supports. **

WWE Raw results, Dec. 17, 2018: In the wake of the carnage of WWE TLC, Mr. McMahon is headed back to Monday Night Raw. How will the WWE Chairman shake up the red brand?.

SACRAMENTO — When Mr. McMahon appears, he tends to leave Raw looking much different than when he found it. And on a night when he expressly promised to “shake things up” on the Red brand, The Chairman made his most sweeping change to the WWE landscape in years, announcing that the McMahon family in its entirety — himself, Stephanie, Shane and Triple H — would collectively take stewardship of both Monday Night Raw and SmackDown LIVE.
Mr. McMahon had what was intended to be the last word — “As long as we give you less of what you don’t want and more of what you do, WWE will always be then, now and forever” — but the celebration was cut short by the arrival of Baron Corbin, who lost out on the opportunity to be the permanent General Manager of Raw at WWE TLC. To the very vocal displeasure of the audience, The Lone Wolf bemoaned the “unfair” turn of events that had robbed him of power the night before, and asked the family for a “conversation.”

Never let it be said the McMahon family isn’t a sporting clan. Despite the WWE Universe’s overwhelming desire to see Baron Corbin hit the bricks, WWE’s first family gave The Lone Wolf one final chance to win the permanent Raw General Manager gig … provided he won his way back to the position. To put it lightly, it did not go well.
He needn’t have bothered with the pretense. Shane McMahon emerged to add a No Disqualification wrinkle to the match, and all four Superstars — and Slater — gleefully pummeled The Lone Wolf with chairs and finishing maneuvers, culminating with an Angle Slam from The Olympic Hero for the 1-2-3. The fans even managed to get in on the action as well — their chants of “we want tables” were rewarded when Crews, Roode and Gable broke out the pine and Angle drove Corbin through it, giving the people exactly what they wanted.

Raw may be getting a fresh start, but Drew McIntyre isn’t about to let go of his unfinished business. The Scottish Psychopath came calling in savage fashion, disrupting the match between Finn Bálor (who defeated McIntyre at WWE TLC) and Dolph Ziggler (who helped make it happen), bringing the thrilling bout to an abrupt disqualification in favor of the Irish dynamo.

That Ziggler and Bálor briefly joined forces to thwart the Scotsman’s interference made little difference; after McIntyre bulldozed Bálor to instigate the DQ, he handily dismantled both Superstars with Claymore Kicks and made his exit. The WWE Universe wasn’t thrilled at the lack of a clear victor in the match, nor with McIntyre’s actions in general, but that should come as no surprise: If one thing has been made abundantly apparent, it’s that Drew McIntyre does not want or need anybody’s admiration

Tyler Breeze is carving himself out a nice little niche as an Open Challenge opportunist. One week after challenging Ricochet for the NXT North American Championship, Prince Pretty tried his hand at Dean Ambrose’s Intercontinental Title in a match that both re-established The Gorgeous One as more than a pretty face and gave a glimpse at where Ambrose will take his rivalry with Seth Rollins next.
Of course, the champion really wanted Rollins, and made a point of taking his rival to task for failing to show up. But it turned out Rollins had been there all along, in disguise as one of Ambrose’s masked SWAT heavies. Right as Ambrose’s aggression reached a fever pitch, The Kingslayer made his move from behind, jumping Ambrose and dismantling his team, ultimately forcing Dean into retreat.

Elias smashed a guitar over Bobby Lashley’s back

Bobby Lashley left Elias smarting at WWE TLC Kickoff after breaking a guitar over The Living Truth’s back, but Elias, who won the Ladder Match against The All-Mighty, had plenty more hits — so to speak — to fall back on. After Lashley mocked Elias’ trademark setup by performing his signature pose under the single spotlight, Elias emerged from the darkness with a six-string in hand and shattered it across The All-Mighty’s statuesque back. It wasn’t enough to keep Lashley down for long (he got right back up), but as statements go, it was quite a mighty display.

Among the first of The McMahon family initiatives running Raw is the elimination of automatic rematches for deposed champions (that’s a Shane call). Bad news for AOP, but good news for The Revival, who once again brought themselves to the brink of Raw Tag Team gold by winning a Fatal 4-Way that included two former titleholders and their own personal boogeymen, The Lucha House Party.

Of course, with the termination of Lucha House Rules (again per the McMahon family), the match was much more in Dash & Dawson’s wheelhouse, especially after Scott Dawson managed to be one of the last men standing in a brawl that encompassed the House Party, AOP and one half of The B-Team. Bo Dallas wisely attempted to put Dawson away quickly with a series of small package attempts, but The Revival went back to the strategy that made them two-time NXT Tag Team Champions: Sneaky tag, Shatter Machine, one-two-three.

Ronda Rousey doesn’t want to talk about it. The WWE Universe may have wanted to hear about it, but they were denied: Rousey would not provide justification for why she took out Becky Lynch and Charlotte Flair at WWE TLC and paved the way for Asuka to win the SmackDown Women’s Championship, other than that she warned them not to cross her. What Rousey wanted was a fight, and she decided to start a new tradition in which the champion defends her title every night after a pay-per-view, no matter her condition. She’ll get what she wants, but she’ll have to wait a week, and she’ll be facing a somewhat unexpected opponent: Natalya.

Natalya entered the match fifth and ripped off a trifecta of unanswered victories, rolling up Moon and Ruby Riott to bring it down to the wire against Sasha Banks. The Boss capitalized on Natalya’s wear-and-tear to lock in the Bank Statement, but The Queen of Harts powered out of the hold, and Banks’ second attempt to apply it came up empty. Natalya’s Sharpshooter, however, hit its mark, and The Boss submitted to send The Queen of Harts to a make-or-break title match against Rousey.

Speaking of which, the champion came out to the ring to embrace Natalya and shake her hand. She came to Raw wanting a fight. On Christmas Eve, she’ll get her wish. And as a competitor like Rousey should know, nobody fights you quite like your friends.

One week after Intercontinental Champion Seth Rollins placed the blame for Monday Night Raw’s recent decline squarely on the shoulders of “General Manager-Elect” Baron Corbin, WWE Chairman and CEO Mr. McMahon will return to the red brand to shake things up, WWE.com can confirm.

In an absolutely brutal showdown, Dean Ambrose overcame Seth Rollins at WWE TLC to lay claim to the Intercontinental Championship.

After successfully defending her Raw Women’s Championship against Nia Jax at WWE TLC, Ronda Rousey decided to interject herself into the first-ever Women’s TLC Match. And by taking out Becky Lynch and Charlotte Flair, she effectively paved the way for Asuka to capture her first SmackDown Women’s Title.

SmackDown Superstars R-Truth & Carmella claimed the No. 30 entries in their Royal Rumble Matches by beating Jinder Mahal & Alicia Fox in the Mixed Match Challenge Finals last night, but will we see any Raw Superstars declare themselves for the all-important Rumble Matches?

Whatever Mr. McMahon has in store, you won’t want to miss it this Monday night on Raw, live at 8/7 C on USA Network!