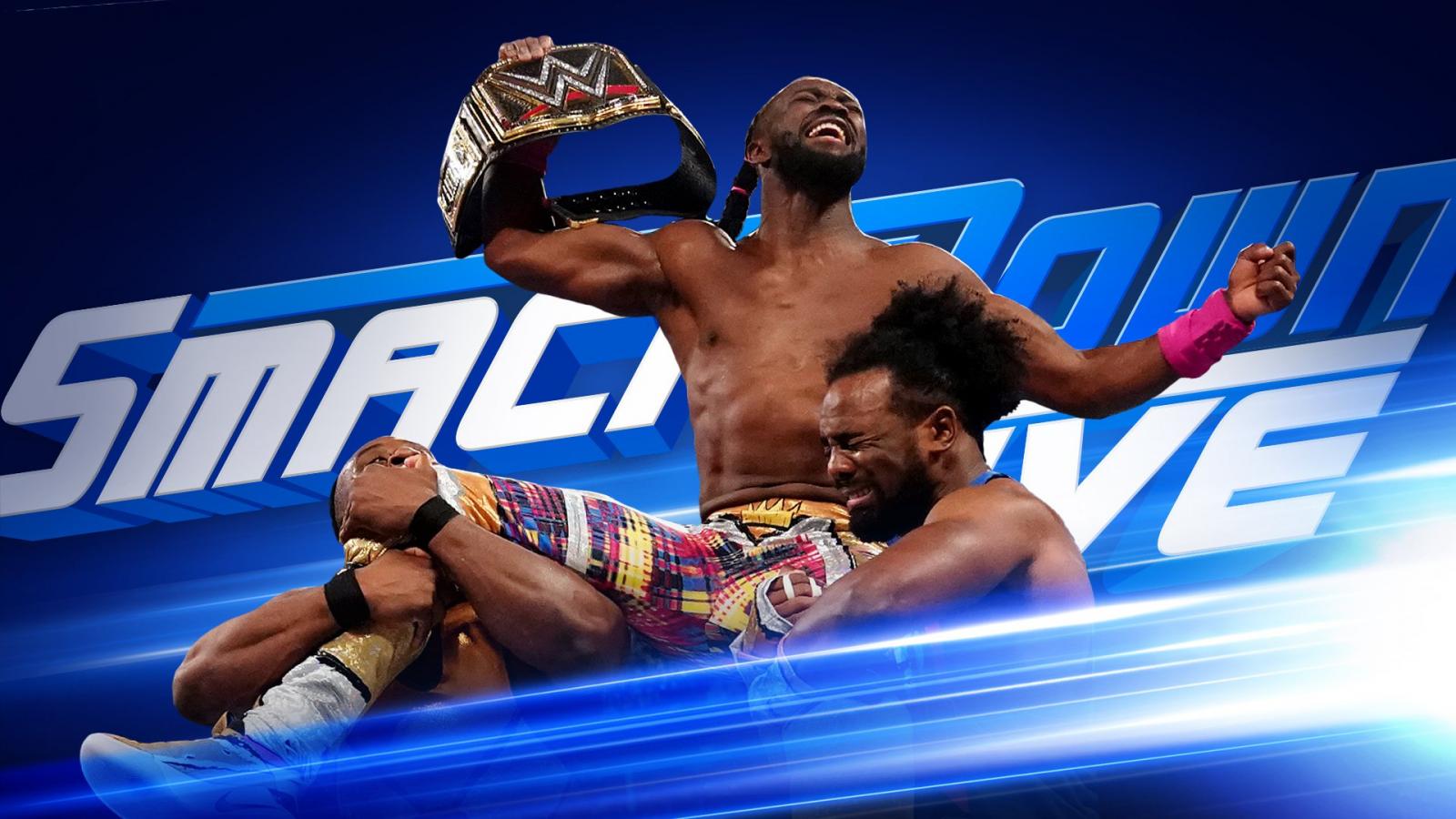 Preview: If you thought The New Day were done celebrating Kofi Kingston’s emotional WWE Championship victory at WrestleMania, think again. The New Day are hosting a celebration for the new WWE Champion tonight. What do they have planned? Find out tonight on SmackDown LIVE at 8/7 C on USA Network!

After 11 years of hard work and sacrifice, Kofi Kingston made the most out of his WrestleMania opportunity, defeating Daniel Bryan to become WWE Champion in his first-ever one-on-one chance at the title.

While Sunday was an emotional night for Kingston, his family and The New Day, tonight’s edition of SmackDown LIVE will be cause for celebration. Big E & Xavier Woods are hosting a party for their friend. What will they have planned to celebrate the new WWE Champion?

But The Usos will not get to rest on their laurels, as they will put their titles on the line tonight against The Hardy Boyz the first ever battle between these two teams. Matt & Jeff Hardy have made it clear they’re on a quest to become the greatest tag team in all of time and space. Will that journey lead them to the SmackDown Tag Team Titles, or will they find themselves on lockdown in The Uso Penitentiary? Which set of brothers will emerge victorious from this huge first-time-ever showdown?

How will The Miz bounce back after crushing loss to Shane McMahon?

Shane McMahon once again put his hands on The Miz’s father on Sunday at WrestleMania, sending The A-Lister into a rage that brought their Falls Count Anywhere Match all around MetLife Stadium.

But The Miz’s fury may have cost him. A superplex from a camera tower sent both competitors plummeting through a platform on the stadium floor. But upon their crash-landing, Shane-O-Mac was on top of The Miz, and he secured the three-count to win the battle.

There’s no doubt that The Miz was crushed that he didn’t get the ultimate victory over his former friend. How will he rebound?

Will the target on Becky Lynch’s back get even bigger?

Becky Lynch may have had all the glory coming out of WrestleMania, but The Man has quickly learned that being a champion on two brands may be tougher than expected.

Last night, the Raw and SmackDown Women’s Champion emerged on Monday Night Raw to celebrate her victory. But when her celebratory speech concluded, Lacey Evans arrived. The Sassy Southern Belle, who has yet to compete on Raw and Smackdown LIVE, decked Lynch with her patented Woman’s Right punch, setting off a wild brawl with the double champion.

Will anyone on Team Blue follow in Evans’ footsteps and target The Man?

How IIconic will SmackDown LIVE be?

The WWE Universe was shocked at WrestleMania when Billie Kay & Peyton Royce took advantage of the chaotic nature of a Fatal 4-Way Match to capture the WWE Women’s Tag Team Titles.

Now that they’ve been crowned champions, just how IIconic do they plan on making WWE? Find out on SmackDown LIVE, tonight at 8/7 C on USA Network!

WWE Smackdown
April 9th 2019
Results Will Be Update During Show.