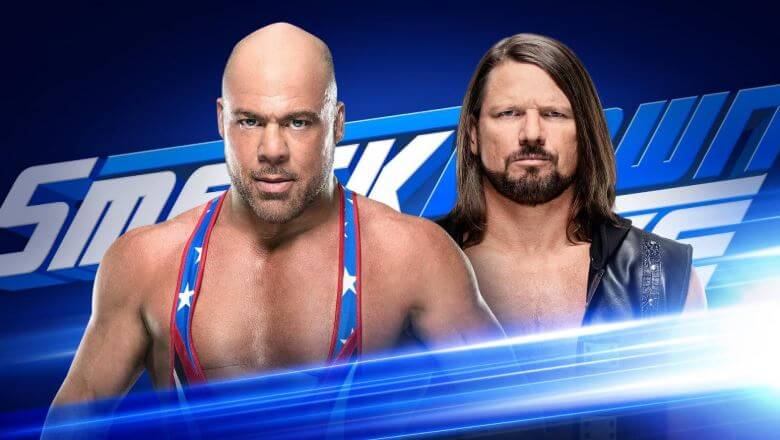 Preview : Kurt Angle was once one of Team Blue’s most prominent Superstars. He ruled over SmackDown LIVE as World Heavyweight Champion, squared off with rivals like Brock Lesnar, Rey Mysterio and John Cena and even served as the brand’s General Manager. Before he hangs up his boots for good at WrestleMania, the gold medalist will make one last appearance on SmackDown LIVE.

What is sure to be an intense Fatal 4-Way Match between Carmella, Naomi, Mandy Rose and Sonya Deville will determine who will challenge SmackDown Women’s Champion Asuka at WrestleMania.

Last week, Kofi Kingston survived the Gauntlet Match, defeating The Bar, Samoa Joe, Rowan and Randy Orton in an awe-inspiring performance and seemingly earning the WWE Championship Match at WrestleMania he desired. However, Mr. McMahon threw another roadblock onto Kingston’s Road to WrestleMania

Becky Lynch emerged victorious from a fast-paced Beat the Clock Challenge on Raw last night, besting Ronda Rousey’s of 1:25 by rolling up The Riott Squad’s Liv Morgan.
Find out on the first SmackDown LIVE of 2019, tonight at 8/7 C on USA Network! : 03/26/19.