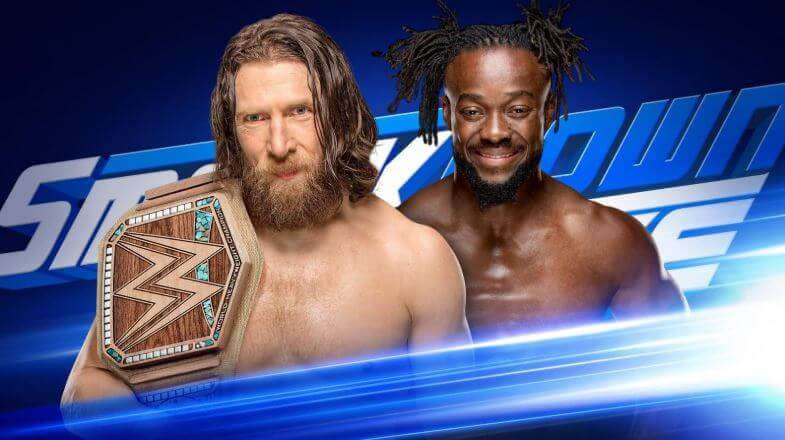 Preview : Kofi Kingston’s journey to a one-on-one match for the WWE Championship has been a long and circuitous one. Tonight, The Dreadlocked Dynamo will finally sign his name on the dotted line for the biggest opportunity of his 11-year career, when he and “The New” Daniel Bryan make their WWE Fastlane match official during a contract signing. What will happen when these two rivals come face-to-face? Find out on SmackDown LIVE, tonight at 8/7 C on USA Network!

Kofi Kingston will get another opportunity to dethrone “The New” Daniel Bryan as WWE Champion at WWE Fastlane and tonight, the two Superstars will make the match official when they sign the contract for the major title bout.

Johnny Gargano & Tommaso Ciampa made a major statement when they defeated The Bar last week in their debut on SmackDown LIVE. The pair will now get a chance to double down on their emphatic victory when Gargano squares off against Cesaro on the blue brand this week.

Both Aleister Black and Ricochet have impressed mightily so far in singles competition on Raw and SmackDown LIVE over the past two weeks, but the WWE Universe will now find out how they fare as a team when they unite to take on Shinsuke Nakamura & Rusev this Tuesday night.

Last week, SmackDown Women’s Champion Asuka declared that she was ready for a new challenge, and got one in the form of Mandy Rose. The Golden Goddess stepped up and offered to show The Empress of Tomorrow how to make sure the spotlight stays on her.
Find out on the first SmackDown LIVE of 2019, tonight at 8/7 C on USA Network! : 02/26/19.