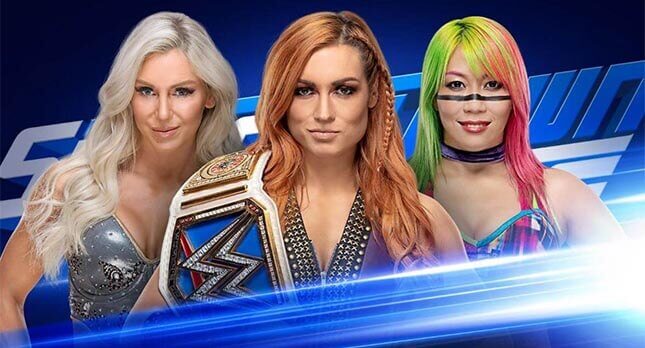 WWE SmackDown 12/4/18 December 4 2018 Preview: History was made with the confirmation of the first-ever Women’s Tables, Ladders and Chairs Match, which will see SmackDown Women’s Champion Becky Lynch defend against Charlotte Flair and Asuka, the latter of whom won a Battle Royal to earn her way into the match. Tonight on SmackDown LIVE, all three Superstars will make this historic match official when they sign the contract for WWE TLC.

Daniel Bryan tonight on SmackDown LIVE: The Miz! Can The A-Lister put aside his bitter rivalry with the WWE Champion in search of answers?

Though his 20th anniversary celebration was crashed by Samoa Joe, Jeff Hardy is reinvigorated and ready for whatever the future holds.

Who will claim a critical victory heading into WWE TLC: Xavier Woods, Jey Uso or The Swiss Cyborg?