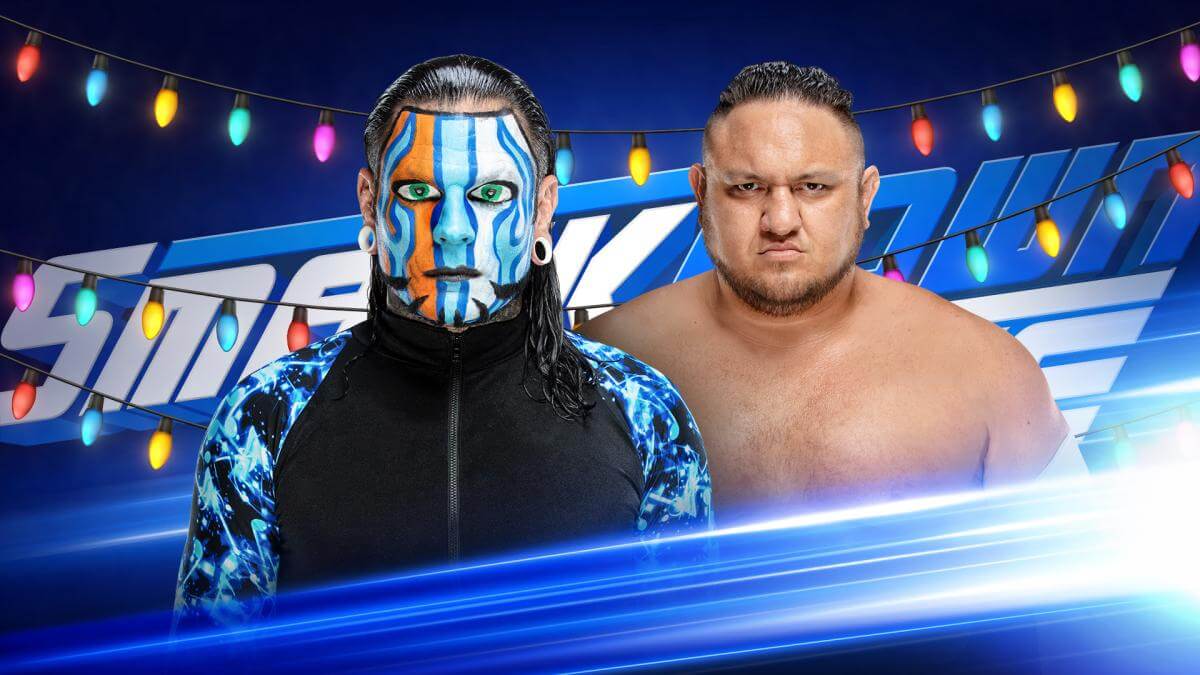 Preview: Shinsuke Nakamura labeled Rusev a “total diva” last week. On Christmas night, his birthday and Rusev Day, The Bulgarian Brute will look for retribution as he challenges The King of Strong Style for the United States Championship. Will it be a Happy Rusev Day and a Merry Christmas for Rusev, or will Nakamura spoil the holidays? Find out tonight at 8/7 C on SmackDown LIVE on USA Network!

After pinning United States Champion Shinsuke Nakamura in tag team action two weeks ago, Rusev vowed that his next move would be to take the star-spangled title from WWE’s Rockstar. Nakamura responded by calling The Bulgarian Brute a “total diva” while putting together a montage mocking Rusev’s pursuit of happiness on the hit E! reality series.

The United States Championship match was made for Christmas night. Today also marks the birth of The Bulgarian Brute, and happens to fall on Rusev Day, as well. Will Rusev receive a championship gift, or will Nakamura spoil his holidays?

In recent weeks, The Miz has been desperately trying to form a tag team with Shane McMahon. The A-Lister even went so far as to seek the blessing of Shane’s father, Mr. McMahon. The WWE Chairman insisted that Miz needed to prove himself, and put The Awesome One in a mixed tag team match with Mandy Rose to take on R-Truth & Carmella. The Miz and The Golden Goddess were victorious, but is that enough to earn The McMahons’ respect?

We may find out on tonight, as The Miz welcomes Shane McMahon to a Christmas edition of “Miz TV.” Will Shane-O-Mac finally give The Miz what he’s been wishing for?

Samoa Joe has been mocking Jeff Hardy’s past struggles with personal demons, and even feigned apologizing for his actions to get Hardy in the ring so he could stage an intervention for The Charismatic Enigma. Hardy finally had enough last Tuesday and gave The Samoan Submission Machine a taste of his own medicine, pointing out Joe’s shortcomings in the ring before dropping him with a Twist of Fate.

Hardy will get another chance at payback tonight, when he steps in the ring with Samoa Joe.

Will SAnitY continue to sow chaos?

While Gallows & Anderson called out The Usos to re-establish themselves in SmackDown’s tag team division, SAnitY took a different path, ambushing The Good Brothers and The Usos during their match on last week’s show, beating SmackDown Tag Team Champions The Bar to the punch in the process.

As the new era in WWE continues to reveal itself, will Eric Young, Killian Dain & Alexander Wolfe’s brand of chaos set the tempo for the tag team division? Find out tonight at 8/7 C on USA Network!