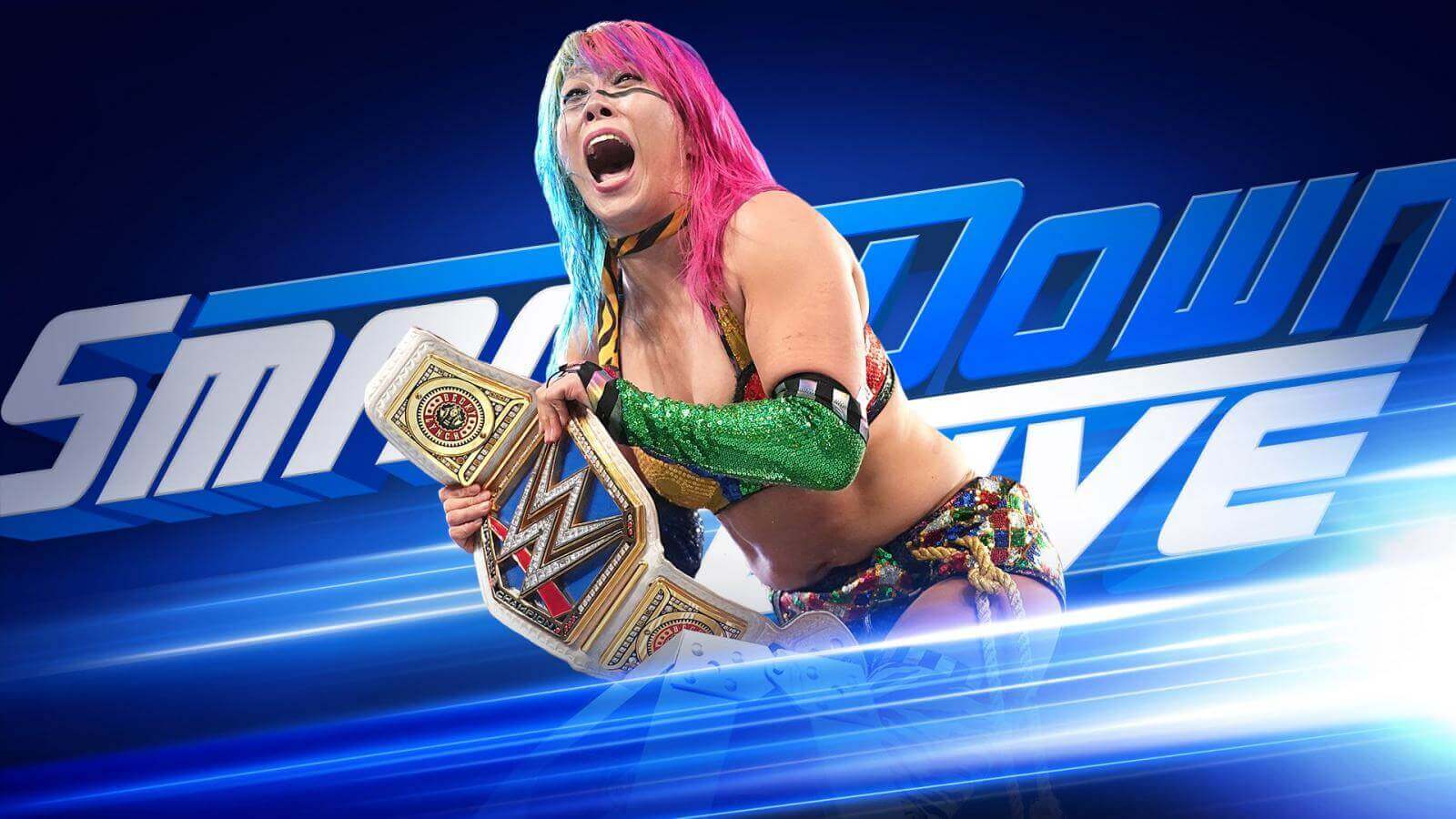 FRESNO, Calif. — With a new era being ushered in last night by the McMahon family on Raw, Becky Lynch kicked off SmackDown LIVE with a simple message for the McMahons: She wanted to fight Ronda Rousey.

Lynch, still understandably furious over Rousey costing her the SmackDown Women’s Championship at WWE TLC, was craving to get her hands on Hot Ronda asap … but so was Charlotte Flair. The Queen, also enraged that the Raw Women’s Champion cost her a chance at victory this past Sunday, wasn’t looking to wait behind The Man for her chance to scrap it out with The Baddest Woman on the Planet. However, the Superstar who reaped the rewards of Ronda’s blindside attack, new SmackDown Women’s Champion Asuka, hit the scene to remind both that she was now atop the mountain on the blue brand.

All this chaos prompted the arrival of Mr. McMahon, who pondered who should challenge Asuka for her newly won title right here tonight. Before The Chairman could get another word out, though, Naomi hit the scene, making the case that Charlotte and Becky have had their opportunities and that she should be the one to square off against The Empress of Tomorrow tonight. Liking what he heard, Mr. McMahon agreed and scheduled the match … oh, and it would be next!

With Charlotte Flair and Becky Lynch watching from ringside, Asuka made her first title defense as SmackDown Women’s Champion against Naomi on the blue brand. The good friends battled with ferocity, pushing each other to their limits. Naomi nearly sealed the victory when she connected with the Rear View after an intense scramble, but Asuka narrowly kicked out. The Empress of Tomorrow withstood one last aerial assault from Naomi and trapped her in the Asuka Lock for the second time in the match to earn the tap-out victory.

Asuka was successful in her first title defense, but Becky and Charlotte were, quite literally, breathing down on her reign.

Jeff Hardy had caught wind that Samoa Joe wanted to “apologize” to him after The Samoan Submission Machine repeatedly mocked The Charismatic Enigma for his troubled past over the last few weeks. Hardy demanded Joe come to the ring to issue his “apology” face-to-face. Samoa Joe hit the scene and spoke openly to Hardy, but not with an apology — with an attempted intervention! Joe mockingly expressed concern for Jeff until the former WWE Champion lashed back at Joe, wondering aloud if Joe is insecure because he hasn’t won a single championship in two years. A seething Joe instantly looked to strike after Jeff’s disrespect, but Hardy was ready for him, and he dropped Joe with a Twist of Fate that downed The Samoan Submission Machine and kept him silent … at least for now

The Miz attempted to gain Mr. McMahon’s blessing so that he could team with Shane McMahon, but The Chairman suggested that Miz must first prove that he can be trusted after last week’s shenanigans. The WWE CEO then placed The A-Lister in a Mixed Tag Team Match with Mandy Rose against the winners of Mixed Match Challenge Season 2, R-Truth & Carmella.

Truth & Carmella were rolling, showing off their moves with an epic dance break, and Carmella connected flush with a superkick to Mandy. However, in the split second that Truth spent relishing Carmella’s picture-perfect kick, Miz snuck up behind him and nailed the Skull-Crushing Finale for the major win.

Is Miz closer to teaming with Shane-O-Mac?

Asuka emerged victorious in the first-ever Women’s TLC Match on Sunday night, becoming the new SmackDown Women’s Champion. Though she got an unexpected assist from Raw Women’s Champion Ronda Rousey, The Empress of Tomorrow has declared that she is now “the man” after defeating Becky Lynch and Charlotte Flair.

Will anyone step up to try and bring Asuka’s reign to a quick end?

Though Asuka is sure to be celebrating her newfound championship glory, The Man and The Queen are no doubt seething after Ronda Rousey shoved the ladder they had been climbing, sending them tumbling to the canvas and allowing The Empress of Tomorrow to claim the SmackDown Women’s Title for herself.

How will Lynch and Flair respond to The Baddest Woman on The Planet meddling in their affairs?

Following his tirade about the WWE Universe and his leather-strapped WWE Championship Sunday afternoon, “The New” Daniel Bryan took one step closer to making his worldview a reality, defeating AJ Styles to hang onto the WWE Title at WWE TLC.

Will Bryan make good on his vow to introduce a sustainable championship title? Will Styles still be on the hunt for the champion?

The odds were stacked against Sheamus & Cesaro in their SmackDown Tag Team Championship Triple Threat Match at WWE TLC. However, The Bar once again showed why they are Team Blue’s top tandem, fighting off the challenge of both The New Day and The Usos.

With those two tag teams in the rearview mirror, who will be next to try and knock off The Bar? Find out tonight at 8/7 C on USA Network!