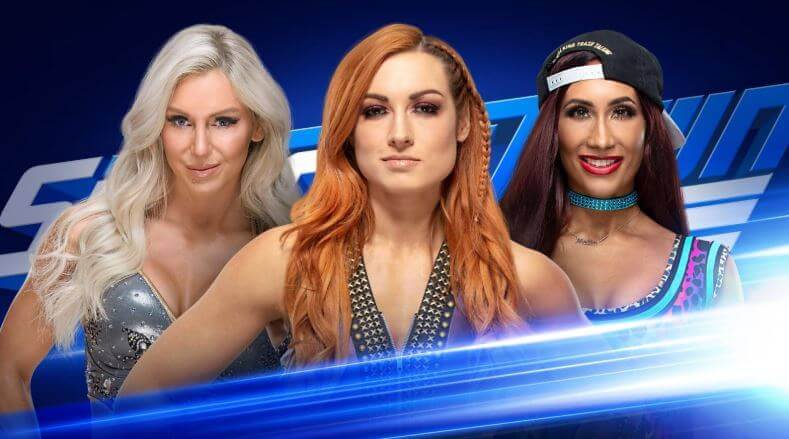 Preview: Last Tuesday, Becky Lynch, Charlotte Flair and Carmella all approached Triple H to state their case as to why they should be next in line to challenge SmackDown Women’s Champion Asuka at WWE Royal Rumble on Sunday, Jan. 27, 2019. The Game heard them out, saying he’d take everything under consideration. Tonight, all three Superstars will be given the opportunity to earn that championship bout when they collide in a Triple Threat Match, with the winner moving on to face The Empress of Tomorrow in Phoenix. Who will emerge victorious? Find out tonight on SmackDown LIVE at 8/7 C on USA Network!

All of this has been taken under consideration by the McMahon family, and now the three top challengers will collide tonight on the blue brand to prove who is most ready for Asuka next. Who will prevail?

Can The Usos carry their 2018 success into the new year? Or, will The Bar bring the storied tag team back down to earth?

What will happen when The Phenomenal One confronts “The New” Daniel Bryan?

Surely, these and any other competitors who may enter the Rumble will look to gain momentum as The Road to WrestleMania kicks off. What will they be willing to do?

The Bulgarian Brute was downed after a Kinshasa. Will he be looking for payback against The Artist? Find out tonight on SmackDown LIVE at 8/7 C on USA Network!