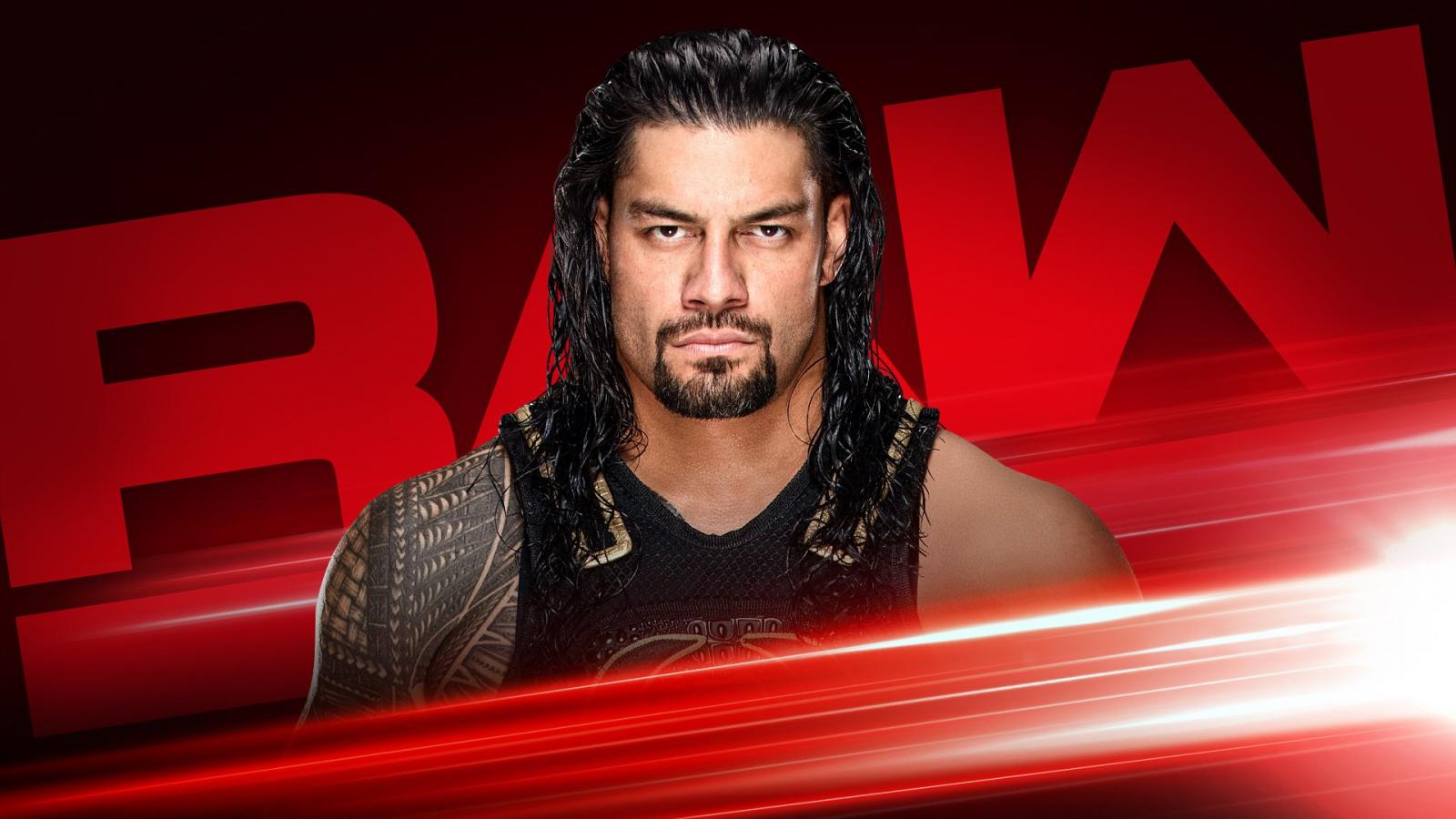 Preview : SmackDown LIVE’s Roman Reigns announced that he will appear on Raw this coming Monday night to kick off the show. What’s on The Big Dog’s mind? And with WWE Money in the Bank fast approaching, who will separate themselves from the pack as the Men’s and Women’s Ladder Matches draw near? Raw airs Monday night at 8/7 C on USA Network.

WWE officials have learned of Roman Reigns’ desire to appear on this week’s Raw, but as of now, and due to his obligations as a SmackDown LIVE Superstar, he will not be appearing on Monday night’s show.

Braun Strowman, Baron Corbin, Drew McIntyre, Ricochet. All four have a chance to become the new Mr. Money in the Bank, and while it may seem like alliances and rivalries are starting to form, keep in mind we have a long way to go. For instance, Strowman and Ricochet were pretty chummy this past week, but it’s hard to imagine The Monster Among Men putting a temporary partnership over his quest to once again become Mr. Monster in the Bank.

It’d been a while since we saw the AJ Styles who showed up during Raw’s Universal Title Match contract signing — brash, cocky and ruthless — and it’s pretty clear Seth Rollins wasn’t quite expecting him, either.

Okay, so the headline shouldn’t have been that The Revival shave each other’s backs in the shower, but the mildly embarrassing footage obtained by The Usos was still enough to unman the “Top Guys” when all was said and done.

United States Champion Samoa Joe thought he had Rey Mysterio in the bag when they squared up for a rematch of the WrestleMania 35 quickie that saw Joe defeat his opponent in a minute flat. Surprise!