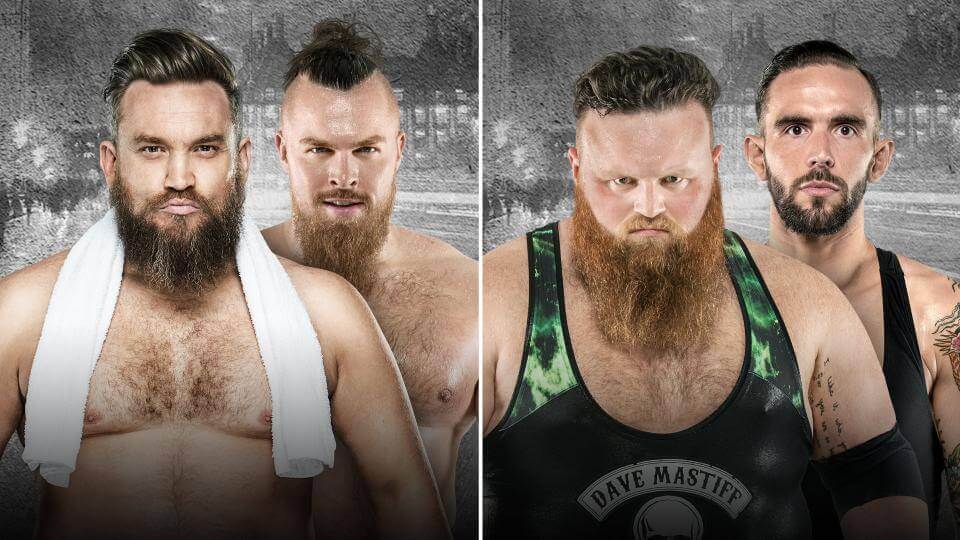 Today on back-to-back episodes of NXT UK, Trent Seven looks for payback on Gallus’ Joe Coffey and “The Bomber” Dave Mastiff will battle Eddie Dennis in a collision between two undefeated competitors.

Plus, NXT UK General Manager Johnny Saint and Assistant to the General Manager Sid Scala have promised an update on the coming NXT UK Tag Team Titles, and Flash Morgan Webster looks to get redemption for his tag team partner Mark Andrews in a match against the aggressive Fabian Aichner.

Find out what happens on back-to-back episodes of NXT UK, today at 3 ET and 4 ET on WWE Network.

One episode after the unveiling of the NXT UK Tag Team Titles, Gallus sent the message that they are the team to beat, as the ruthless Mark Coffey & Wolfgang worked together to pick up the victory over Ashton Smith & Ligero.

Though Smith hit an earth-shattering crescent kick that looked to finish off Mark Coffey in the final moments of the match, Wolfgang prevented the pin by pulling his opponent off his partner at the last second. Ligero was ready with aerial retribution on The Last King of Scotland, but the dye was already cast, as Coffey decimated Smith with a powerful kick to the jaw for the convincing tag team victory.

Robbie Brookside’s “star pupil” Jack Starz came to NXT UK for competition, only to suffer an all-out onslaught at the hands of “the manic obsessed” Joseph Connors. Though Starz launched a late-match rally, Conners shut him down with the bucklebomb into the corner and the devastating Don’t Look Down into the canvas.

With each competitor looking to stake their claim to a WWE NXT UK Women’s Title Match, Xia Brookside battled Jinny.

Though the athletic nature of Brookside was apparent throughout the match, Jinny’s ruthless assaults paid off when Brookside’s back gave out during a submission attempt, paving the way for The Fashionista to close the door on her opponent with A Touch of Couture.

The self-proclaimed “Young Grizzled Veterans” came before the WWE Universe to make it clear that they will soon be known as the first-ever NXT UK Tag Team Champions.

The human demolition derby of a contest lived up to the hype, as both daunting competitors unleashed their arsenals. Mastiff delivered an earth-shattering Superplex off the top rope, and Dennis displayed amazing strength by picking up “The Bomber” and swinging him around his body before sending him crashing to the canvas.

Dennis again defied logic when he lifted all 322 pounds of his foe off the turnbuckle and nearly delivered his Severn Bridge before dropping Mastiff off his back at the last second. Though Dennis recovered with a fierce clothesline, Mastiff soon took charge with a headbutt/German suplex combination before finishing off Dennis with the Cannonball Senton to remain undefeated. 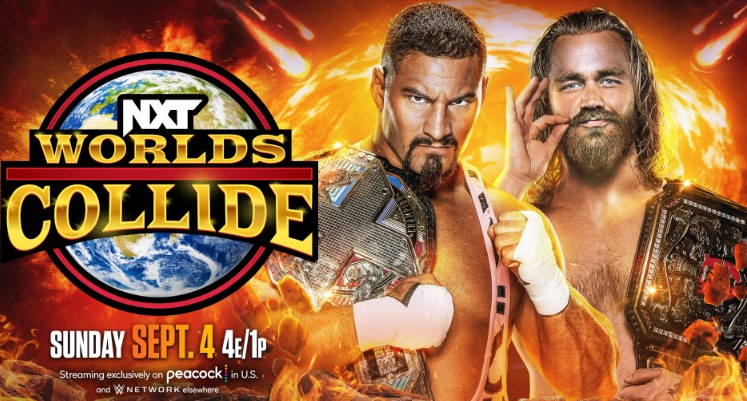