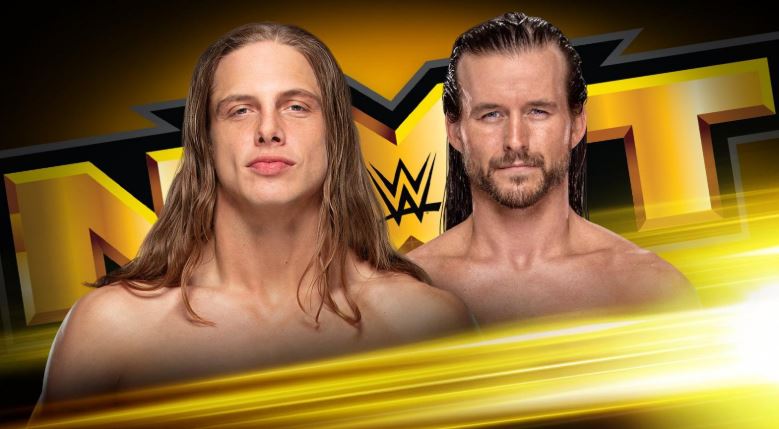 Preview: It’s put up or shut up, as Adam Cole looks to send a shock to the system of Matt Riddle, who’s been prodding the Undisputed ERA leader over the past few weeks by foiling some of his devious plans. Now, a slugfest awaits these warring rivals. Plus, Bianca Belair and Mia Yim take their war of words inside the yellow ropes for singles action.

With the battle lines drawn and forces pitted against one another, a war of attrition is afoot as Matt Riddle takes on Adam Cole. “We’re going to have a fight,” Cole told WWE.com in an interview discussing his upcoming matchup.

After a testy confrontation last week at the WWE Performance Center, Mia Yim and Bianca Belair will finally post up for action.

If you follow Riddick Moss on social media, you know all about the self-assured powerhouse’s “Riddick Regimen,” the disciplined doctrine that helped Moss’ recovery from injury last year. In his first match on NXT TV since suffering an Achilles tendon tear, Moss takes on the quick-footed Raul Mendoza in singles competition. Can Moss make the most out of his comeback by snaring a victory? Or will Mendoza be the one with his arm raised?