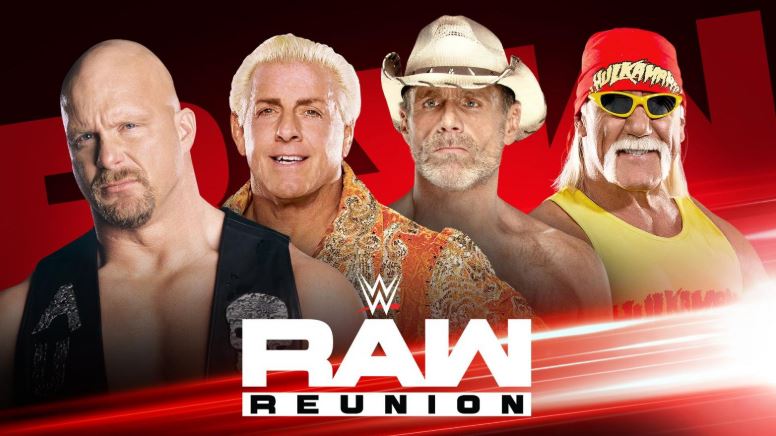 Preview : Some of the greatest Superstars in WWE history are returning to the longest-running episodic TV show in history. Tune in to Raw Reunion, tonight at 8/7 on USA Network.

After Brock Lesnar cashed in his Money in the Bank contract on Seth Rollins and defeated The Beastslayer to recapture the Universal Championship at WWE Extreme Rules, The Architect rebounded in impressive fashion, winning the Cross-Branded All-Star Top 10 Battle Royal and earning the right to once again challenge The Conqueror at SummerSlam.

As first reported by Sports Illustrated, “A Moment of Bliss” is about to get a visit from The Man on Raw Reunion!

Ricochet might have lost the United States Championship to AJ Styles at WWE Extreme, but the new titleholder and his cohorts Karl Anderson & Luke Gallows clearly aren’t done with the former champion.