Added by wrestlingnetwork 12 months ago 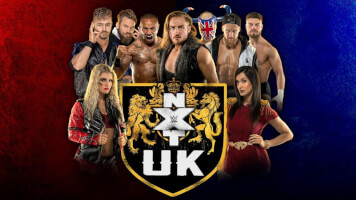 * Jordan Devlin’s open challenge highlights an all-new NXT UK today
Jordan Devlin puts his NXT Cruiserweight Title on the line, and Noam Dar debuts his new talk show today on NXT UK!
The Irish Ace will defend his championship in a sanctioned open challenge, inviting anyone under 205 pounds to come and try to take his title. Devlin has burst back onto the scene with fury and disposed of Amir Jordan in an impressive title defense last month. He has confidently invited any competitor in the world under 205 pounds to test their might.
Elsewhere, the NXT UK Universe will see the first installment of Dar’s “Supernova Sessions.” The brash and sometimes downright obnoxious Scotsman has promised big things for his talk show. Who will be Dar’s first guest, and what can we expect to see?
Catch it all on a brand-new episode of NXT UK, streaming today at 3 ET/8 GMT